What are the causes of flooding?

Every flood is different. Flooding can emerge from many sources and the form it takes is unique to the places and landscapes where it happens.

The Landscapes part of this exhibition has been put together by the SeriousGeoGames Lab, part of the Energy and Environment Institute, University of Hull. SeriousGeogames works work with computer models to predict how flood risk will change in the future because of changes to our climate and to our landscapes. Computer models of the environment share many things in common with video games, something we like to play with to help us share the value these models provide when planning for flooding.

The video below shows you a play through of a virtual reality game called Humber in a Box. The game features a real computer model used to plan for future flooding and sea level rise in the Humber Estuary. We took this game to events and festivals, with players entering the virtual room and controlling the tides with a game pad. The video here is a screen capture of the game being played through an Oculus Rift Virtual Reality headset. If you have a cardboard-style headset you can use it to view the video in VR.

Humber in a Box highlights the risks of one type of flooding – tidal flooding. It is also called coastal flooding and happens when low atmospheric pressure and high winds during storms raise the level of the sea. If this is timed with a high tide, the water level and waves might overwhelm flood defences and cause flooding. This happened in Hull, around the Humber, and along the east coast of England in December 2013.

There are different types of flooding and each have their own risks. It is important that people know the difference and how to be prepared. The Environment Agency provides flood warnings for any potential flooding from rivers or the coast. That includes tidal flooding but also flooding caused when river levels get too high and water spills onto the aptly named floodplain. You might see this called fluvial flooding or river flooding.

If you are in England, you can check if you are at risk of flooding from rivers or the sea and can sign up for free flood warnings here. 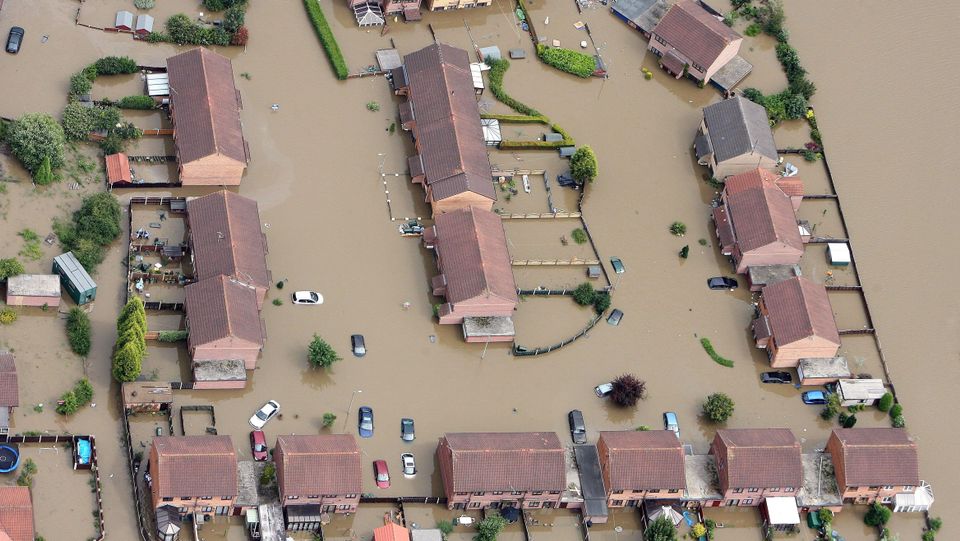 Hull was badly affected by surface water flooding in 2007 – more than 20,000 people had to move from their homes (Image from Planet Radio)

Other types of flooding are less common but can be very damaging. They include groundwater flooding, when natural stores of water in rocks underground (called aquifers) become so full they spill over above ground, and flash floods that form rapidly in steep upland catchments during heavy summer thunderstorms. The Natural Environment Research Council produced the cards below to help describe the different types of flooding – click each one to enlarge. 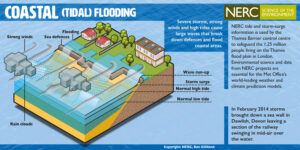 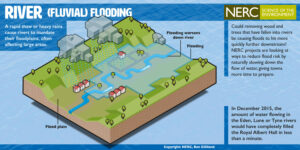 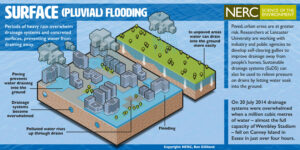 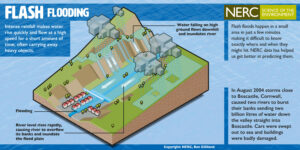 The image cards above can also be found on the NERC website here.