In early 2019 it became a requirement for all new developments in Wales of more than 1 dwelling, or with a construction area of 100 square metres or more, to include Sustainable Drainage Systems (SuDS). Of all the different types of flooding, surface water flooding poses the greatest threat to communities in England. With this in mind, when will SuDS become mandatory for developments in England?

In early 2019 it became a requirement for all new developments in Wales of more than 1 dwelling, or with a construction area of 100 square meters or more, to include Sustainable Drainage Systems (SuDS). They must be designed and built, in accordance with Statutory SuDS Standards, and be approved by the local authority acting in its SuDS Approving Body (SAB) role before construction work begins. Of all the different types of flooding, surface water flooding poses the greatest threat to communities in England due to various factors including urbanisation and climate change, which can increase runoff. In addition to managing surface water, SuDS can provide additional benefits for communities too. With this in mind, when will SuDS become mandatory for developments in England? 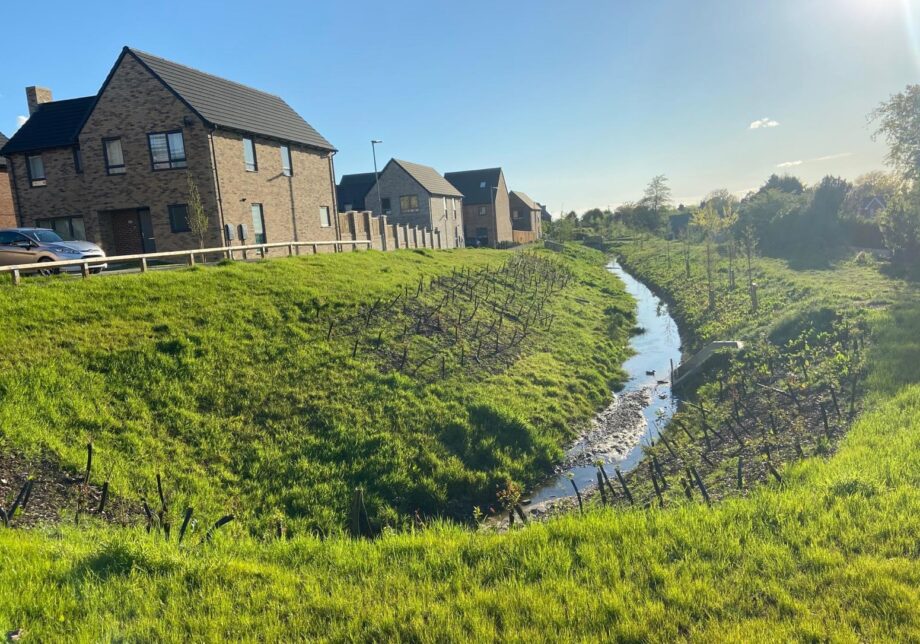 Currently in England, SuDS are not mandatory for planning applications and on new developments. In England, the revised National Planning Policy Framework (NPPF) states that major developments (these include ten or more homes, or on areas of 0.5 hectares or more) should incorporate SuDS unless it would be inappropriate to do so. Former Environment secretary Michael Gove wrote in a letter to a Commons Committee that existing planning guidance is “encouraging the uptake of SuDS” and is currently working to update guidance regarding “construction and maintenance arrangements.”

SuDS provide a variety of benefits, as well as reducing flood risk. They aim to manage rainfall close to the source and mimic natural processes to control the volume of surface water. Benefits of SuDS include: 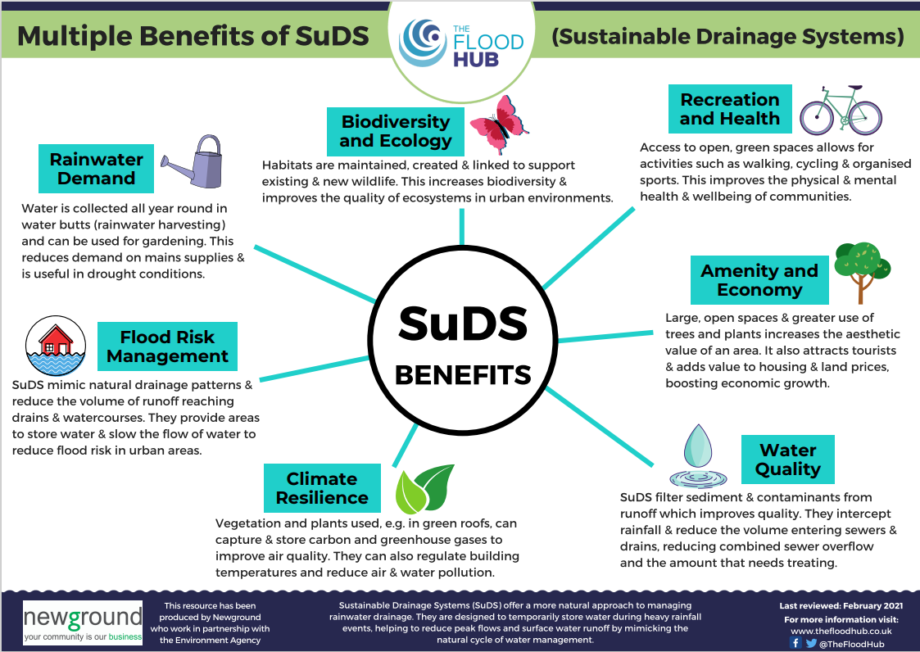 Click here to view our interactive image and here to download our “Multiple Benefits of SuDS” infographic for more information.

In Welsh legislation (part of Schedule 3 of the Flood and Water Management Act (2010)) there is a requirement now to shift from below-ground, piped drainage infrastructure and single-point storage, towards open and green forms of water conveyance, treatment, storage and disposal. New schemes must manage water on or as close to the surface and source of runoff as possible. Pollution must also be managed at source so that it does not require engineered downstream drainage infrastructure to treat it. Generally, the local authority will become the SuDS Approval Body (SAB) and make decisions on planning applications.

If SuDS were to become mandatory in England, developers would have to work closely with infrastructure engineers, architects, planners and SABs to incorporate effective SuDS into the planned development. This is important for minimising the potential loss of land in a development and maintaining the projects commercial viability. The use of porous surfaces, swales and SuDS used to manage surface water from roads and roofs will reduce the loss of available land and will not affect the commercial viability of projects.

There are many different types of SuDS that can be retrofitted to existing developments or be part of the design process for new developments.

More information on them can be found in our booklet, which can be downloaded here. 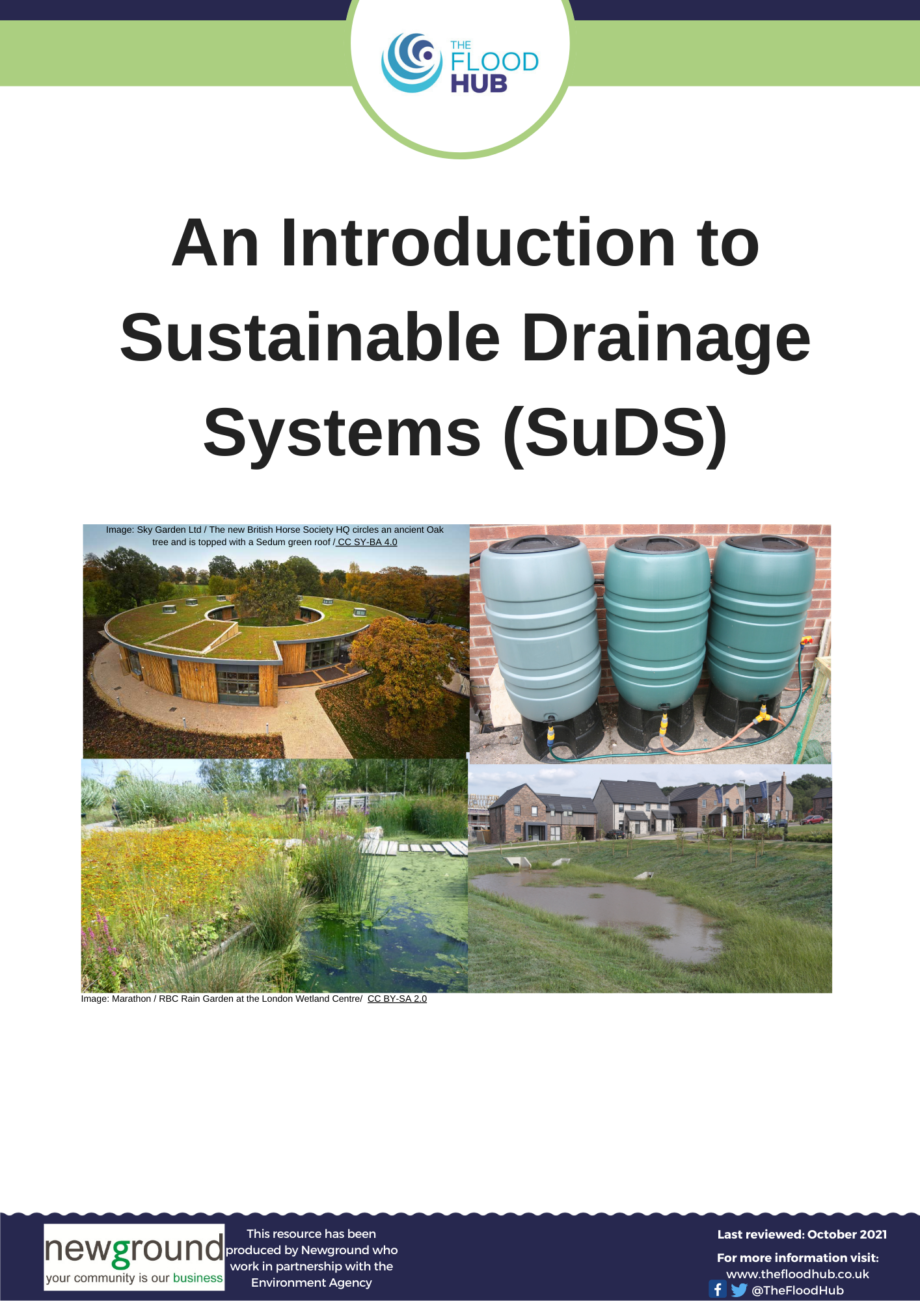