This local spaces area provides a link to the ‘Your Local Area’ map. On this, there will be information on completed and ongoing flood schemes, natural flood management schemes, flood action and community groups established in your area and information on local events.

Greater Manchester is one of the country’s most successful city-regions. Home to more than 2.8 million people and with an economy bigger than that of Wales or Northern Ireland.

Greater Manchester Partnership brings together Flood Risk Management Authorities and other organisations who have an interest in or responsibility for flood risk management.

The partnership works closely with GMCA which is run jointly by the leaders of the ten Greater Manchester councils and the Mayor of Greater Manchester, Andy Burnham, and works with other local services, businesses, communities and other partners to improve the city-region.

Further information can be found at https://www.greatermanchester-ca.gov.uk/

Click here to see our interactive map and search for schemes, groups and events going on in your area. 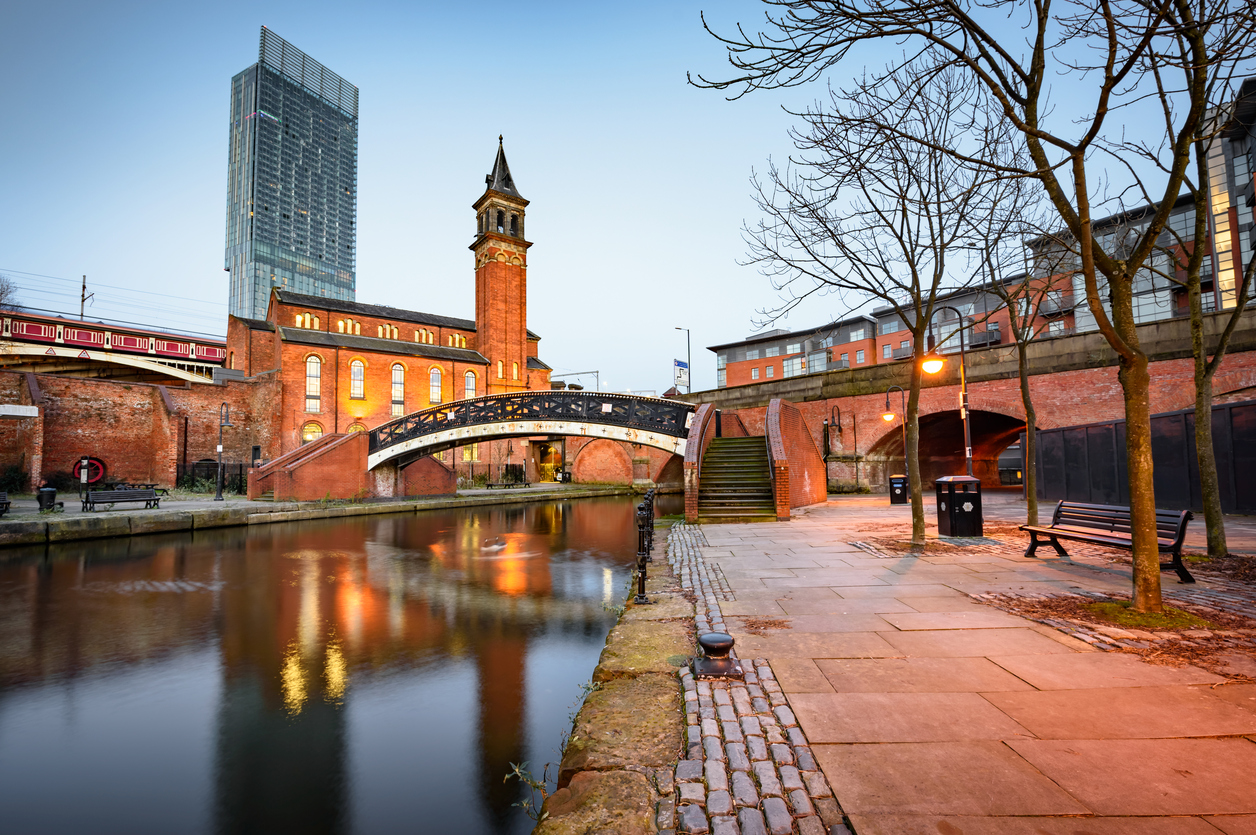 The information on this page has been provided by the Greater Manchester Combined Authority. Last updated: June 2019

There are over 50,000 properties at risk of flooding 1 in 100 yr from main rivers in Greater Manchester with 30% located in Salford followed by 20% and 15% in Manchester and Wigan respectively. The remaining 35% of ‘at risk’ properties are distributed fairly evenly across the remaining districts of Bury, Bolton, Rochdale, Stockport, Tameside, Trafford and Oldham with areas of high concentration of risk affecting more vulnerable areas such as Littleborough, Radcliffe and Salford.

Approximately 10,800 properties are protected by flood defences in GM including assets built and maintained by the Environment Agency (EA). A large majority of these are from the EA’s work in clearing debris screens to prevent blockage of historic culverts across South Manchester (5,800) with the remainder from formal assets such as walls, embankments, control structures and pump stations at key locations such as: Salford flood basins, Ramsbottom, Mersey flood basins at Sale Ees, Didsbury and Timperley, Roch at Rochdale & Littleborough and Bedford PS and Lilford flood basin in Leigh, flood gates on the Etherow in Tameside and walls at Cringle Brook in Fallowfield. Approximately £2.9m is spent each year on maintaining EA assets in Greater Manchester.

Within GM, the current EA Flood Risk and Costal Management programme (2019 – 2021) identifies both surface water (led by Local Authority/other RMA) and fluvial (main river, led by Environment Agency) capital schemes. For projects yet to be delivered, capital costs are estimated to be in the region of over £98 million to protect approximately 2,762 properties. The longer term programme has identified further schemes in Greater Manchester to protect over 777 properties at a cost of £6.1 million.

Further information on flood and coastal erosion risks in your local area can be found on the Environment Agency’s website and your local Council’s website.

Strategic – The Greater Manchester Flood and Water Management Board (FWMB).

The GM FWMB has been established to provide strategic governance and direction for delivery of flood and water management across GM. Led by the GM Planning Officer’s Group (POG) it includes other risk management authorities (RMAs) and local partners to create a strategic body covering spatial planning, climate change, drainage and flood infrastructure, and emergency planning. It is directly accountable to the Association of Greater Manchester Authorities (AGMA’s)/GMCA’s Wider Leadership Team, enabling a decision making route to the North West Regional Flood and Coastal Committee (NW RFCC).

The NW RFCC is one of 12 RFCCs in England. RFCCs were established under the Flood and Water Management Act 2010, to bring together the authorities responsible for managing flood and coastal erosion risk (Environment Agency, Lead Local Flood Authorities and water and sewerage companies).

The GM FWMB provides a working interface with the NW RFCC and a basis for ensuring that GM maximises the potential to contribute to regional policy and practice and secure resources for delivering flood risk management priorities through Flood Defence Grant in Aid (GiA), Local Levy funding and partnership projects, such as with United Utilities and the Environment Agency as part of their capital investment programmes.

On this page you can find information of flood risk management schemes for areas within Greater Manchester.