On 5th December 2013, a storm coincided with high tides causing flooding to a Leisure Club and damage to several vehicles in the car park. Adjacent to the Leisure Club, five properties were affected by flooding internally at varying levels of significance.

Over recent years, the saltmarsh in the location has eroded away leaving the coastline much more exposed. This meant that during the flood event in December 2013 the combination of 2m high waves, a large storm surge and high tides caused significant damage along the coastline. Waves crashed over the car park and into the club, and flood water rushed into the low-lying area behind the club, entering the properties from the rear. This meant that residents were cut off, and many people were stranded inside the leisure club with their cars being battered by the sea in the car park.

In January 2014, just one month after the flooding occurred, another storm caused additional damage.

Each property was eligible for a grant from DEFRA to construct measures to prevent future flooding and/or reduce its impact.  Informing and engaging the residents were carried out by Newground as part of the Environment Agency funded SWEL programme.

Newground signed the community at Hest Bank up to the Environment Agency flood warning service and provided advice on flood planning and preparedness.  There are now two key contacts at Hest Bank who will be contacted directed by the Environment Agency if a flood is predicted. Newground liaised with Lancaster City County during the early stages of the project and also sought quotes from flood protection supplier.  The construction stage of the project was managed by Lancaster City Council.

Here is a summary of what was constructed as part of this scheme:

For the Leisure Club:

These measures formed a £40,000 scheme funded through a combination of DEFRA Repair and Renew Grant Funding which was made available to properties which flooded during 2013/14 and Environment Agency Flood Defence Grant in Aid funding.

The residents are really pleased with the new flood measures and feel much safer now.

It is now their responsibility to keep the gates maintained and to make sure that they are kept shut whenever they get a flood warning. The manufacturer provided a pack which details how the gates should be maintained.

‘I am delighted with the flood measures at Penny Bay, The Shore, Hest Bank, Lancaster.  I am sure with all the measures including the non-return valve which was fitted; we will be safe in future. ‘ – Hest Bank resident 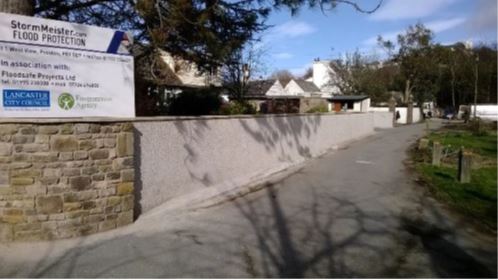 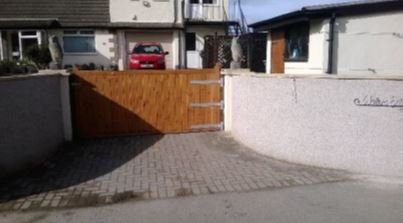 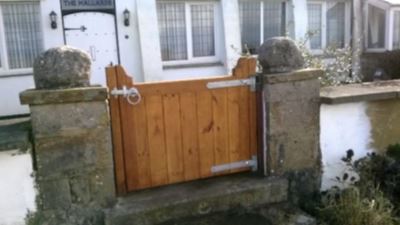 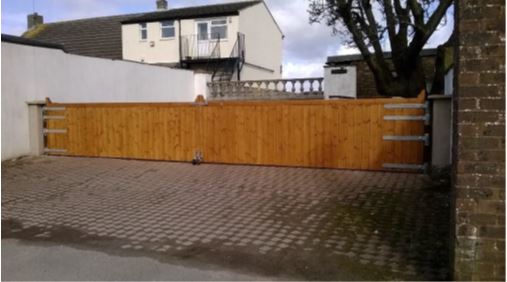 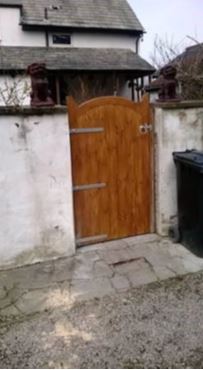